I wanted to bring back an essay I shared in April this year because one of the major sources I want to rethink completely is modern media and the news. I attribute much of my sanity and growth during this year to the fact I didn’t have a TV where I could watch cable news and didn’t read the clickbait headlines about the pandemic.

This essay was written around the time when the virus was rampant in Italy. It feels like a lifetime ago and so I hope you can read this without feeling the visceral reaction we did back then.

That’s a real headline Margot Aaron, the writer of this article, read this past week from Bloomberg. I’ve seen a bunch of those, and read them in hopes to being informed about this pandemic.

When you’re gripped with fear, as you might be during the threat of a global pandemic, you do what we all do: Panic and search for more information. That’s normal. But once you find the information you’re looking for your panic should subside and you go back to feeling like yourself. But that’s not happening right now. The panic isn’t subsiding. It’s getting bigger.

There’s a reason why information from the media isn’t quelling the panic, but making it worse. The media’s goal isn’t to inform us. Their goal is to sell our attention to advertisers through page views.

Because with every pageview, they can show you an ad. And the more ads they can show you, the more money they make. That’s why when you open an article on The Observer it takes 500 hours to load. Because they’ve stuffed the page with ads.
This shifts the media’s priority from “providing information to the public” to “gaining and re-gaining attention.”

If media companies’ goal was to inform the public, then they would do just that: give me the most relevant information of the day and that would be it. I would be the better for it and move on.

But if their goal is more page views, it’s strategically in their best interest to have me come back again and again. Remember at the beginning of the 7 o’clock news, they would dangle that one thing and say, “stayed tuned to hear more about it later.” This is that same tactic multiplied a billion times over.

Reading these articles, creates fear and panic, so we go back to reading more of them hoping it will subside, but we end with more fear and panic.

Which brings us to how media companies gain and re-gain your attention. And that requires we dip into some psychology: What is the best way to gain and re-gain someone’s attention?
Outrage.
Fear, sensationalism, hype, and panic. When you’re afraid, in the context of doing your civic duty, what do you do? You collect more information (I gotta read more about this! Stay informed!) and you share it with your friends.
In other words, media companies use fear to generate more pageviews.
When you read the news you’re not actually becoming well informed—you’re being emotionally exploited.

Fear and panic are the lowest hanging fruit, and we’ve been influenced by the media to reach for it again and again. It’s what we’re wired to do.

Fear is what makes people mean to each other, divides us, fuels racism, xenophobia, and homophobia. It makes us petty, defensive, conspiratorial, and individualistic. It also makes us susceptible to a LOT of cognitive and logical biases, such as:
Ad hominem, moral equivalence, straw man arguments, the false dilemma, circular arguments, the bandwagon, appeal to authority, the domino theory, hasty generalizations, anecdotal evidence, the correlation/causation fallacy, and many, many more

But we have to realize the fruit isn’t nourishing. It’s actually poison.

As we walk into this marathon of the next 12 months, do not trust your feelings when they tell you to panic or worry. Understand that those feelings were manufactured by media outlets and writers who are equally terrified (or morally abhorrent) to engender clicks and keep you coming back for more.
Read a book. Wash your hands. Eat more vegetables. Learn about mindfulness and detachment. When you do inevitably open Twitter or read the news or listen to a podcast or “expert” being interviewed: Consider the source material your “news” is relying on for information.
You can fill your brain with information without feeling terror, panic, worry, or fear.

Seven months later after I wrote this article, the media is doing the same thing, this time in the context of an election along with the pandemic. Seeing whether Trump will concede is just as anxiety inducing as an outbreak in Massachusetts and the media is stirring up outrage.

Be careful what you read, especially if it tastes as good as chicken wings and french fries do when you haven’t eaten all day. It may read easy because it’s exactly what you want to know about, but it doesn’t mean its good for you.**

And feel a little less alone on your quest to your most courageous work.

The two-hour flight was shorter than I expected. We took off from NYC and we were at flying altitude for 15 minutes before starting our descent into Cincinnati. I was on my way to meet Katie for the first time since I started coaching her a year and a half 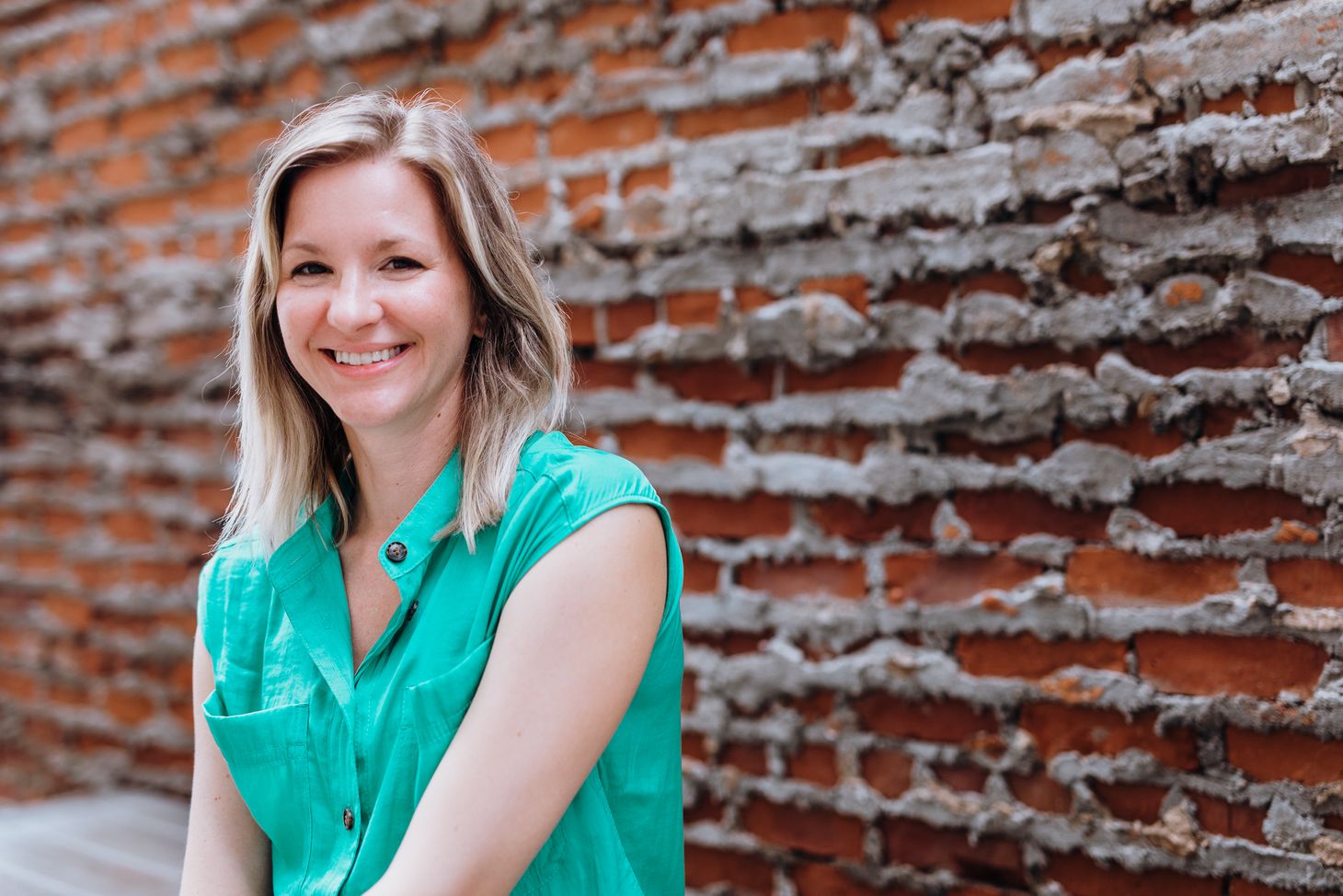 A few seconds here and there, and the whole thing could have been avoided. An extra minute getting ready or thirty more seconds getting the check at dinner, and I wouldn’t have nearly died.

Dad Did His Best

How I've learned to see my dad after 38 years.